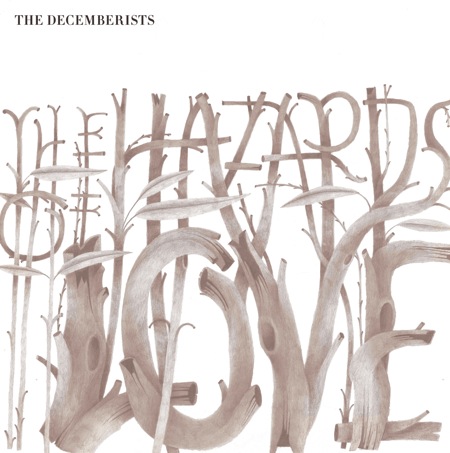 One of the most popular posts on my blog – and by far the most commented, is “The Decemberists’ “The Hazards of Love”: An Interpretation.” Even though it was written and published in March of 2009, it continues to receive comments and pageviews. This week, I was listening to the album again and I spotted something I’d never realized before. I found a theme I’d previously missed.

The story “The Hazards of Love” is a complete saga with well rounded characters with clear motivation. It exists in two acts. There are several layers of potential analysis, from character depth to allusion. “The Hazards of Love” itself is the title of four distinct un-thematically related songs on the disc. It bothered me only for a moment that Colin and company would reuse the song title so often for no clear purpose, but alas, this weekend, I finally found the connection.

The four songs entitled “The Hazards of Love” all describe a different “hazard” of love!

The first song, “The Hazards of Love 1 (The Prettiest Whistles Won’t Wrestle the Thistles Undone)” represents lust. It’s Lust that drive William and Margaret together, that keeps her riding out past Offa’s Wall to meet him, and ultimately leads to her bearing his fruit. Perhaps a little uptight to view lust as a “hazard”? In the age of The Situation and Snooki, sure. In the age of William and Margaret? Sin!

“The Hazards of Love 2 (Wager All)” represents jealousy. Bear with me: I know the Queen doesn’t discover William and Margaret’s affair in this song, but it’s during this episode that she will catch them. The hazard, in this case, is that others will be unable to handle the love. Ultimately, the Queen wants to keep William for herself, and this is the moment she will witness to cement that emotion. 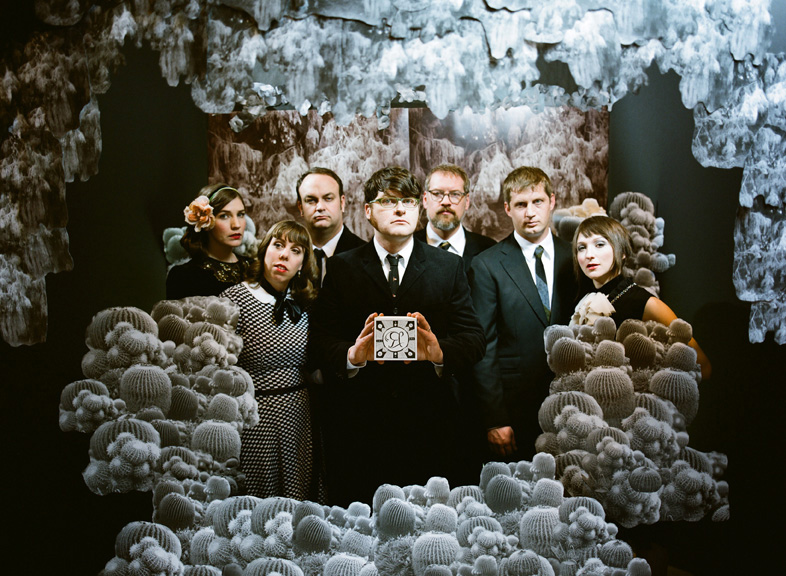 “The Hazards of Love 3 (Revenge!)” represents… wait for it… vengeance, of course. Look at relationships: so quickly they can turn from love to hate. Use whatever cliché you want about the thin line between love and hate, but ultimately, many broken relationship land in hate. Not just hate, but the need to hurt and take revenge. What do The Rake’s children actually do here? Do they terrorize their father? Do they naïvely believe they are returning for his love? Do they kill him? Either way, they get their revenge by depriving him of Margaret.

Lastly, we have the heart-wrenching “The Hazards of Love 4 (The Drowned)”. It’s easy to categorize this one: loss. It’s maybe as simple as just the loss of a single moment, hour, or day with someone when you are in love, but in this case, it’s illustrated in the extreme: William has promised his earthly bones to Annan Water, and Margaret tragically sacrifices herself – and possibly her baby – to be with William for eternity. Of course, the eagle-eyed December-head will know that the baby is probably doomed destined to be rescued by the Queen from the reedy glen, but Margaret, any way you slice it, meets her end. Love’s power is too great, and she is unable to live without her “true love” William.

You could probably write 20 short analyses of “The Hazards of Love” without duplicating content. I like to think that Colin Meloy and crew put some serious thought into this story and loaded it with Easter Eggs that are neither confirmed nor denied so as to leave the story up for interpretation. During “The Wanting Comes in Waves (Reprise)”, I nearly bust out of my seat picturing William swashbuckling through the jungle on the dark side of Annan Water to save our heroine from The Rake. I LOVE the story and the music. So, while I don’t necessarily think that it was the intent to illustrate four different literal “hazards of love,” I think it’s both fascinating and incredible that it’s possible to construct and support the theory at all.

3 Replies to “The Decemberists’ “The Hazards of Love” Revisited”