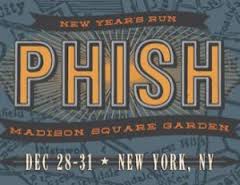 It’s been a year since my last blog post. A year. A lot has happened in that year, my life is very different than it was as I wrote “My Thoughts on Phish as 2011 Closes.” I’m a different person, and the things that make me happy have changed significantly. But here, as 2012 closes, I’m finding myself writing something I simply never expected to write. See, I didn’t order the Phish MSG webcasts. As I’ve been slaving over the Phish.net forum, crumbling due to the site’s size and several less-than-optimal code routines, I’ve been thinking something I’ve just not had the guts to say out loud: I just don’t care that much about Phish anymore.

I looked over the setlists for the last three nights, and I’m sorry to say, they just aren’t that interesting to me anymore. They look totally tired, many of the songs being a total snoozefest for me these days. Friday night included this opening combo: Stealing Time, Moma, Funky Bitch. I would’ve slit my wrists if I went to NY and got that threesome. The set was rescued, song wise, by Stash, Nellie Kane, and what I’m told is a fantastic Wolfman’s, the problem is, I just don’t even care enough to check it out. I hope I get the interest to check out the Tweezer that everyone says is “one of the best of 3.0,” but the fact is, I’m beginning to realize that I just don’t like 3.0 Phish that much.

Now, my friends could and rightfully should, I suppose, call “bullshit.” I’ve seen Phish in 8 states in 3.0, including several fantastic jams. I’ve called things like the 1/1/11 Ghost and the Dick’s ’11 Tweezer some of my favorite music they’ve done. And yet, through most of 2012 – you know, the year they rose to their former glory, in seemingly everyone’s eyes – I’ve just not cared very much.

I could go on a different route here and tell you why. I could explain that my love affair for a younger, prettier, more sexual woman named Umphrey’s came along and stole my heart. But that’s not really true. I didn’t trade Phish for UM, UM is simply doing what I always wish Phish did. They play with us. They have fun. They talk to us. They are very aware of their setlists and don’t get caught in the same song over-and-over rut. The songs they play the most – songs like Wappy Sprayberry and All in Time are so varied it’s hard to even tell what song I’m listening to while I’m hearing them. Compare that to a song like Piper that I can typically spot a mile away. Phish’s type I jamming is so similar that I can barely find it in me to care.

I’m certain that I’m being harsh here. I bet if I were in MSG for any of the last three shows I’d have found high points and be happy. However, I’m just not sure it’s worth the $1,000+ it will cost to see Phish in NY. I’m just not excited by what Phish does anymore. I didn’t webcast and I wasn’t all that interested in the setlist as it was being live tweeted. I actively rolled my eyes as people talked up certain jams, wondering if they were truly magnificent or just hopeful; no one wants to go to a stinker. But then, if you read Phish.net reviews, you’d be hard pressed to find a show people don’t fawn over. I mean, not every show is a winner. One man’s 10/10 is another man’s snoozefest, and frankly, I’m in the latter group. 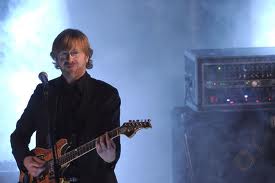 Factor in this other bit: I think Trey is entirely uninteresting. In 2010, I actually said “Am I the only one who thinks it looks and sounds like #Trey is having more fun with Classic TAB than with #Phish?” Even back in 2004, I said Trey’s band was most my style. And then I said, “This guy takes chances.” Fast forward – Trey is 100% boring to me. My last Trey show was so uninspired that I decided I wouldn’t travel for Trey again. Meanwhile, Mike’s band is tearing it up. I left my last Mike show totally inspired and excited for more to come. I haven’t left a Phish show that way in years. Because even when they drop the best jams – there are several really nice ones over the last months and years – there’s really no “reinvention.” There’s no new ground being blazed. There’s nothing really revolutionary. It’s just, from time to time, they stumble on stuff that sounds nice. And, to be honest, when that happens, more often than not, they stop-short and segue into a ballad. Trey’s orchestra tour was a respectable effort to challenge himself.  So was his Hands on a Hardbody stage show.  Why, then, is Phish feeling stale to me? I want to love Trey, but the fire I used to think he exuded with Phish just feels like it’s missing. Is it missing? Or is it missing from me?

I’m not “over Phish.” Not at all. I just think Adam in 2012 and Phish in 2012 are not as perfect a match as they once were. I think Phish is primarily a good time, but not really the musical journey it was for me a decade ago. There are plenty of new musical journies for me, and I think Mike and his band is certain to be tangled into my path.

I’ll still see Phish in concert, primarily because I love the people. I love most of the songs I used to love, and I’ll still enjoy seeing them live. I love the community at Phish.net, it’s a labor of love for me, one that makes me proud and excited. I’m passionate about the mission of the Mockingbird Foundation. But I think it’s time to admit that unless Phish truly rediscovers themselves, the Phish journey is mostly coasting for me. Meanwhile, other music is totally awakening and exciting me (Disclaimer: it doesn’t hurt that I’m more tightly wound into the central line there, but it is what it is).

As an aside, this got me thinking, what could Phish do to reinvent themselves? To truly blaze new ground? And here are my thoughts on that: 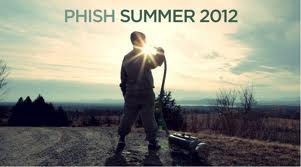 I don’t know what 2013 Phish looks or sounds like, but by all accounts, they are on a high note right now. Even after two lackluster opening MSG shows, on the heels of Dick’s and what most agree was a scorching 2012 summar tour, people have tremendous faith in Phish today. I’m going in open minded, but we’ll see if I actually get around to listening to anything.

I’m certain this post will be received critically. I’d just like to add, in the most sincere way possible, this typical disclaimer: 2 cents. This is my opinion and my opinion only. Intelligent discussion is very welcome.

Update 2013/01/01 9:58 AM: As fate would have it, I met a new neighbor last night who is a huge Phish fan. He invited me over to watch the webcast on his new projection TV, which was about 100″ across with deep, loud surround sound. I walked in for a fun, bright if jamless Roses, followed by a clean, Page-heavy Rift. A nicely played Sample, Mike’s was next until my wife summoned me. I snuck back for Horse > Silent, YEM to round out set 2. I was really surprised to hear tight, well-executed music and see Trey having so much fun. Really, honestly, smiling and enjoying. They sounded good. And it felt good. I’m not making any promises, but I will say this, I’m definitely going to be checking out the highlights that friends have recommended…