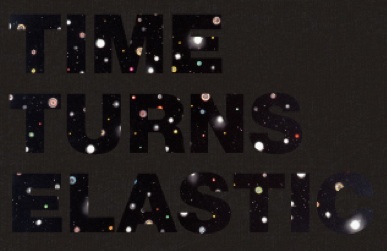 That’s what they tell us, at least. It was performed with the New York Philharmonic in September of 2009. A video surfaced, Trey playing TTE alone, acoustically. And then there’s the Fenway debut.

Somehow, we find ourselves here in November, a few short months after the song was released, and many Phish fans, not just the next generation, are calling TTE the worst Phish song ever. I hear “Time Turns Molasses.” I hear “Time Turns Craptastic.” I hear “Time… to pee.” But why? Why do so many fans hate this song? Why don’t they see what I do in TTE?

I think it’s for a few reasons. Firstly, this song took me a while to “get into.” It’s a long song with many distinct sections, and most people, I honestly think, don’t take the time to listen to it to not only ingest it all, but to even get to know it all. Much of the instrumental part of TTE, I think, is really easier to appreciate as a musician. Counting out some of the bits are a challenge. Many people think the song rambles on for too long aimlessly. Yet I can’t see any section of the song I’d want to trim out. Every bit is great. It’s said that Phish took something like 283 takes to get this track right. I believe this, there are a lot of intricate bits to the song that would be a challenge to capture in one 13 minute chunk.

Which leads me to argument 2 against the song: it’s not been “nailed” yet live. All of the performances thus far have ranged from “pretty lackluster” at worst to “decent” at best. I was excited to get my TTE at Festival 8 only to have it crush under the weight of itself. I love the song, and I’m willing to give Trey the benefit of the doubt and say that the cold air of night one of Festival 8 was responsible for so much of the fudging, but it was hard to hear the climax of the song, “The Carousel,” be executed so sloppily. Having said that, poor live execution does not a bad song make.

Clocking in at over 13 minutes (for the studio version, at least), and usually closer to 18 minutes live thus far, TTE is a big commitment in a set. So it seems reasonable to assume that, in time, Phish will tire of a song like that in regular rotation. When TTE becomes more of a rarity, more like a McGrupp, I bet people will start to think it’s more interesting to hear the song performed live.

The third argument for Time Turns Elastic is that it’s actually a suite of several smaller sections, which, as songs, aren’t nearly as tough to swallow. The song is arranged as follows:

Surely, most would agree that the intro and the outro are the most identifiable and the easiest to digest at first glance. It’s just parts of the middle that require some patience and some re-listening. If these parts were played on their own, they wouldn’t be hated.  So narrow it down for me: it’s obviously many smaller bits pieced together: which is the part(s) you don’t like? It can’t be all of them, because the odds of Phish writing so many greats songs and then 3 you hate all coincidentally stitched together are pretty much nil. So those who hate TTE probably aren’t talking about the entire song, but rather, some bit of it.

If anyone has the gall to say “it’s too stretched out,” I’d tell them “you have no place at a Phish show.”  These same people would soil their pants for a 20+ minute jam of 46 Days, Down With Disease, or Split Open and Melt.

Not everyone has to love every Phish song.  Not every fan has to love TTE.  In fact, I understand and concede that TTE is not for everyone.  But it’s annoying me that it’s simply becoming “cool” to not like TTE or to call it the “bathroom break.”

I’ve heard stories that when the Grateful Dead debuted “Terrapin Station,” many fans were unsure of how to receive it.  It wasn’t bluesy, it didn’t rock, it wasn’t a ballad, and it was long.  Years later, many of us regard Terrapin as one of the band’s masterpieces.

I think that many new fans, those that got into Phish during the post-breakup phase, are the ones most vocal about disliking TTE.  And many of them, I do in fact think, are simply naive noobs.   Some have a “kinda” fair argument: I like the song, I don’t like it live.   To them I say: many songs took a while to find their right incarnation and place in the Phish repetoire. Water in the Sky, Shafty, Limb by Limb, Black Eyed Katy/Moma, Tela, and many more went through revision before it found its sweet spot.  On the whole, I don’t think TTE is getting the love and patience it needs and deserves, so I’m making the case.